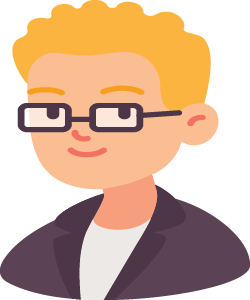 You probably know that your local emergency servic …

What Conditions Can A Medical Clinic Treat?
14 July 2022

If you're thinking about visiting a medical clinic …

Politics affects the welfare and treatment of animals. If you'd like to improve the living conditions of animals in the United States, getting involved with political lobby groups is a great place to begin. Lobbyists bring awareness to key topics and strive to create change through the legislative process. Here are four political topics relevant to the subject of animal welfare:

Animal testing is sometimes used to check the efficacy of medications and cosmetic products. However, animal testing is a cruel process that can blind, maim, and even kill animals. The process of animal testing may not even be especially helpful since humans often react differently to drugs than animals do. Animal welfare lobbyists seek to put an end to animal testing and to create stricter laws governing animal testing in the meantime.

The standard American diet prominently features meat. Many people eat meat every day, sometimes multiple times per day. This high demand for meat necessitates a similarly large supply. Some people turn to factory farms to provide cheap, plentiful meat. However, animals are treated poorly in factory farms. Factory farming can even threaten the health of humans due to the prolific use of antibiotics to compensate for poor animal living conditions. Lobbyists work to ensure that livestock is treated fairly and killed humanely in the meat industry. This work benefits vegetarians and meat-eaters alike.

Hunting is a traditional practice that allows people to kill wild animals for meat, skin, and fur. However, some people hunt for sport. Some hunting practices are less humane than others. For instance, hunting preserves allow people to hunt animals in enclosed spaces that provide unfair advantages to hunters. Overhunting and overfishing threaten wild animal populations. Animal welfare lobbyists concern themselves with creating more stringent hunting laws that protect animals and their wild habitats.

Animals have historically been used to provide entertainment to humans, but they haven't always been treated well. Some animals in the entertainment industry are treated inhumanely, kept in small cages, and chastised using abusive methods. Animal welfare lobbyists strive to create laws to protect the rights of animals in circuses, zoos, and on film sets.

These are just four topics pertaining to animal welfare. In reality, there are many more. A political animal lobby can garner support for animals to ensure that just, fair laws are enacted to protect these vulnerable creatures. To get involved, contact a company like Political Animals.